“I say NO to sexual Violence” Final Transnational Conference 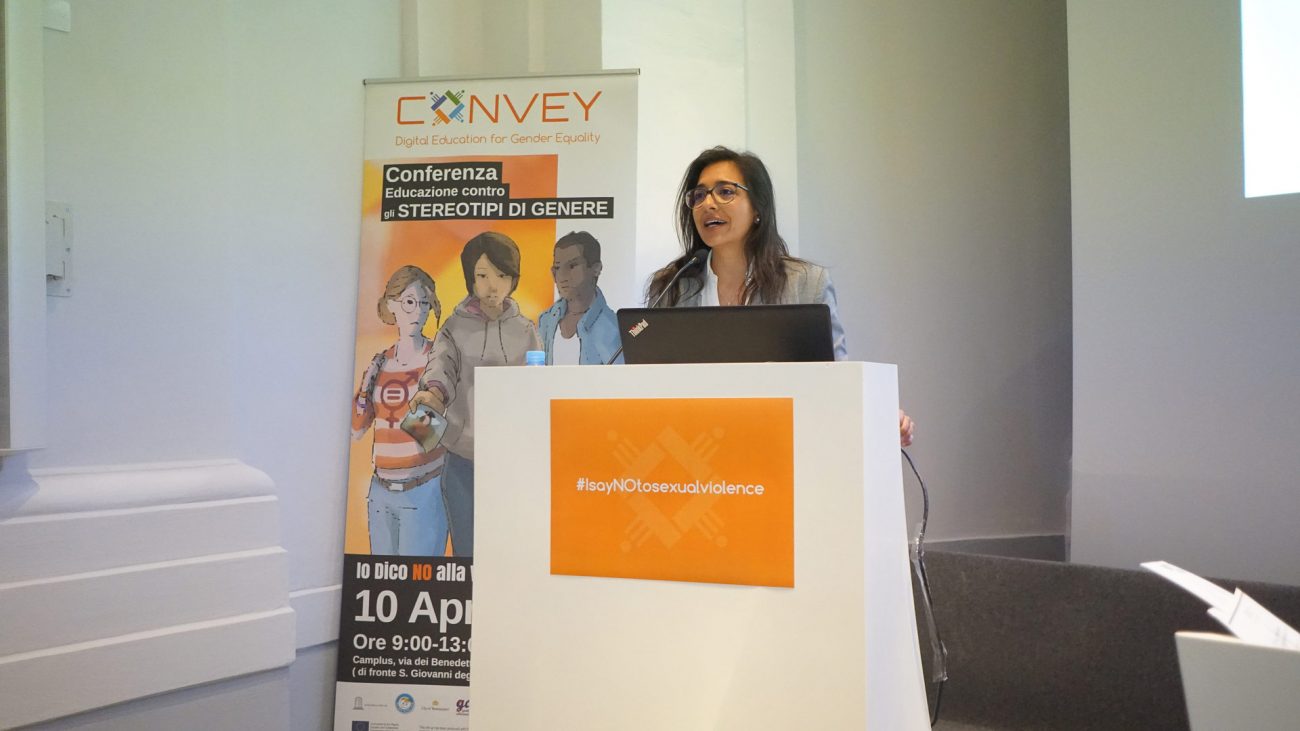 Partners first met at CESIE offices for the last time on 9th April. They gathered thoughts and reflected on what their impact has been through CONVEY in the different project countries.

‘With your presence you are already delivering an important message against gender-based violence, in favour of gender equality, and thus I thank you.’

With these words, the following morning, the #IsayNotoSexualViolence – CONVEY Final Conference was launched on 10th April, when a large audience of partners, international experts, teachers and students who had participated in the CONVEY Pilot Programme in Italy, met at Camplus, the conference venue in Palermo.  The conference was an opportunity to present answers to all the questions the project had posed in relation to gender-based violence, harassment and gender stereotypes prevention to a larger public. 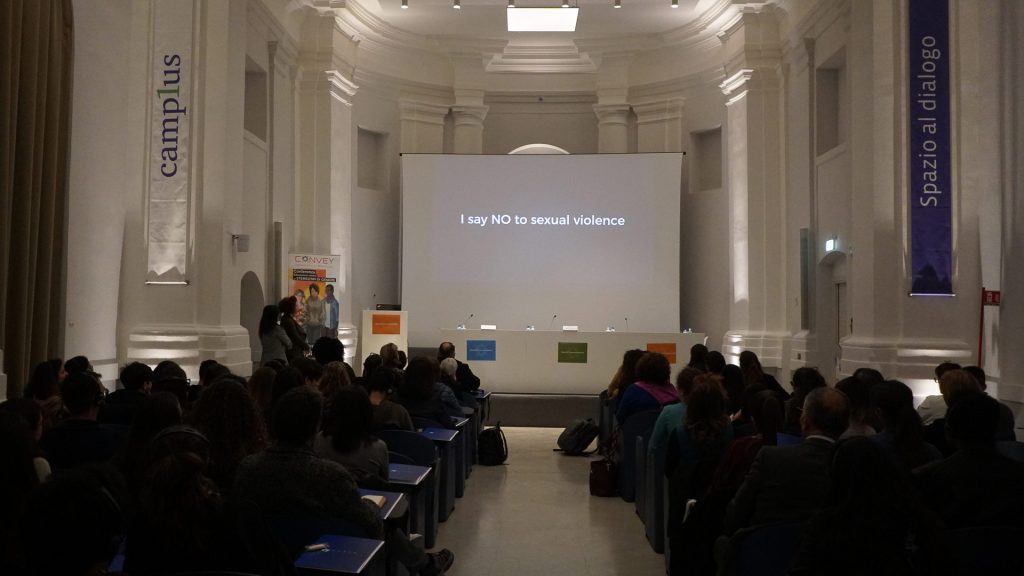 The first panel was opened by the Regional School Office Councilor, Fiorella Palumbo and regarded current local strategies towards an education which respects gender equality. A detail account by partner organisations in the different countries related to challenges, satisfactions and main achievements of CONVEY followed. In total, more than 300 students and about 30 teachers were involved in the project transnationally and what stood out even more than numbers was their increasing motivation and interest.   In fact, both students and teachers from Educandato Statale Maria Adelaide and Liceo Classico Vittorio Emanuele II   testimonies at the Conference spoke for themselves: reflection, and understanding, learning, recognition of women’s rights, of the need to fight gender-based violence and gender stereotypes were among some of the feedbacks from their training experience within the project.

Experts from partner countries also had their say during the Final Conference, where they shared their approach to education against gender-based and sexual violence in the partner countries. The Conference closed with a brief account of preliminary results for the behavioral change study conducted during the delivery of the CONVEY pilot programme to students, the presentation of the videogame: “CONVEY – Not a Game” and the award to the winners of the CONVEY Creative Contest. 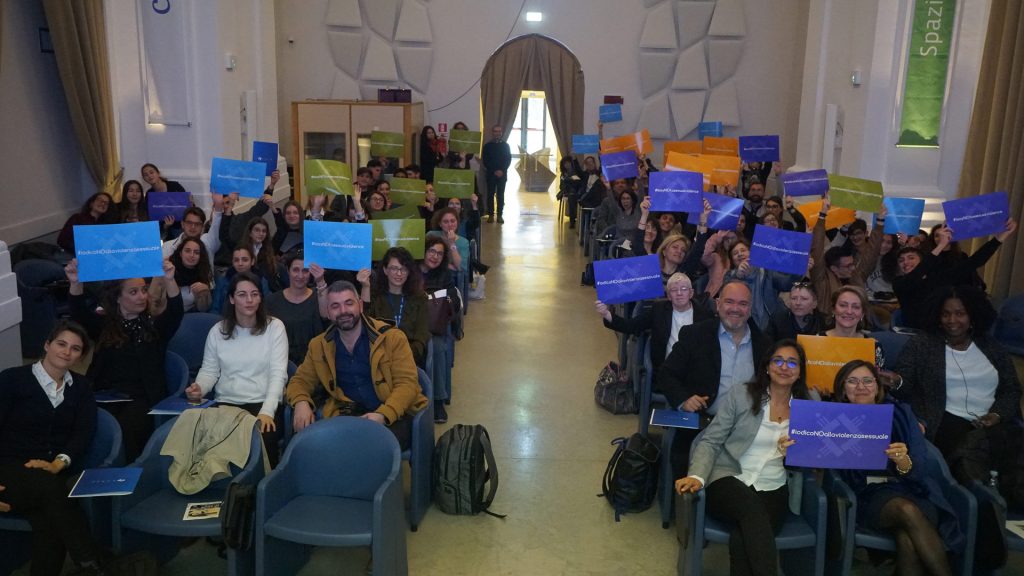